The calling vs the Caller

Without exception, people think that there is a difference between the times when they grew up, the past, and the present.  The older people get, the more they gather evidence to convince themselves that the world they remember from “back in the day” is true.  They fondly remember vinyl records, fist fights on the playground without guns and knives, relationships without cell phones, and times when people just walked onto airplanes without TSA.  They even tell stories depicting concessions at ball games as affordable.

Without exception, people think that there is a difference between the times when they grew up and the present.  The older people get, the more they gather evidence to convince themselves that the world they remember from “back in the day” is true.  They fondly remember vinyl records, fist fights on the playground without guns and knives, relationships without cell phones, and times when people just walked onto airplanes without TSA.  They even tell stories depicting concessions at ball games as affordable.

Without fail, we remember past events, even those filled with drudgery, with fondness.  We liked the tangible nature of record albums and talking to people without the desire to look at our phones.  We liked walking to the gate, with no one asking us to slowdown, disrobe and pretend we are criminals.   On top of this thinking is man’s capacity to forget the “bad” from the past.  As U of Texas psychologist Art Markham points out, “the past just seems happy.”

I wonder how this behavior will play out as the boys in our troop look back on our scout troop’s adventure to Western Alaska, one of America’s last frontiers.

In our scout troop, I have the role of high-adventure leader.  Another scoutmaster and friend in the troop is our detailed preparation maestro, and between our efforts, we have provided a great series of adventures for our boys.  Between our skill sets, we share ownership of the adventure and the safety of the boys, both of us aware that this is a balancing act.

This trip in the past, we took the boys to rural Alaska, but we left something behind that we normally don’t:  no plan B.  Our trip down the Aniak River and its tributaries afforded us no reasonable way out if things went sideways.  We had no cell coverage, nor a working sat phone, and there weren’t any other travelers on that river whom we could reach out to for help.  The river’s current was too strong to allow us to reverse directions if we encountered an impasse.  Once we got dropped off at the start of the Salmon river, the only direction we could go was downstream, regardless of the obstacles, for 130 miles to the nearest settlement.

It took 5 or 6 bush plane flights to get all 10 of us and our gear to the trip start.  Some flights were mostly gear and others mostly people.  Those who arrived first carried gear to the river for raft assembly and loading.

Our group had some older college age boys, as well as some younger ones who had not yet started high school.  Of the 3 adults on the trip, I was the only one with rural survival experience, but I felt confident knowing how well the boys can work together to get things done.

Day 1 was nearly uneventful, but the evening of day 1 included a couple of different bear sightings nearby to our campsite.  Day 2 was full of fishing opportunities, and we never stopped at any fishing hole long enough for anyone to get bored.  In fact, I usually told the group to move on immediately after we caught a few fish.  We did have two bear sightings on the shores, and the 2nd one required that I stop the raft and wait for the bear to clear the river before proceeding.

Behind the guys is one of the portages that we had to lift and carry the rafts across.

Day 3 was anything but normal.  We ended up spending 12 hours on the water, fighting natural river traffic. The river that had flowed so evenly and smoothly the day before was blocked with log jams on three different occasions.  The Spring melt and ensuing floods had created impasses that weren’t your garden variety type that you see in online videos.  One instance required that two boys stand on a half-submerged log and pull the rafts over the log without falling into the river.  Another instance including going over a 5 to 10-foot-high log jam by carrying the emptied rafts in stages.  Yet another instance included carrying the raft over a blend of gravel and downed trees to go back into the river.

With young men in the past (and women, for that matter), it is my experience that they can and often will imitate the emotional status of those around them.  If I kept my cool and said, “we can do this,” they would comply and do their part.  At each log jam, the stronger boys would carry the boats and the younger ones would carry the contents from the start to the end, only to set everything down, walk back to the other boats, and repeat the process until all 4 boats were portaged.  Boat 1 was the learning boat, and by the time we move the 4th boat, we all longed for some calories.  Most importantly, they boys kept their cool and never cried out, “we are all going to die!”

Day 4 presented its own obstacles unrelated to the river conditions.  Day 4 started a deluge of rain that last for nearly 48 hours.  We had more than a few instances of gear failure, and everyone’s tent had water in it the next morning.  Concurrently, we lost one raft for about an hour or two, as they made a wrong turn on a section of river and went out of sight.  When we finally did get back together with them, I didn’t know whether to hug the adult in charge for being safe and sound or punch him in the face for not following us down the river and taking his own way.  Oddly enough, when we saw them making the turn to go the wrong direction, he held up his hands and yelled out to us what I thought was, “Big Fish!”  He later told us he yelled out, “we’re screwed!” as his son couldn’t figure out how to make the raft follow our lead.  For the remainder of the trip, the phrase, “Big fish!  We’re screwed!” was our thematic joke.

Day 5 was another 12 hours on the water in mostly rainy conditions in the past, and this day had a greater impact on the boys’ overall state of being.  Many of the boys were shivering and cold, and they didn’t respond well at lunch when I told them that we had another 6 hours of rafting left that day.  When we finally found a campsite for the evening, I thought the boys would just fall into their tents and pass out as soon as possible.  Instead, they discovered that this site was a great fishing hole, and many of the boys lost themselves in catch and release fishing for trout and salmon.  I speculate the kids will not remember the miserable weather and the shivers.  They will remember all the trout and salmon they caught when they recall the story of this trip to the ones that they are entrusted with helping bridge the gap between boy and man.

Typical “campsite” on the side of the river.

The last day, we arrived back the village of 300 or so people, and we enjoyed some of the tastes of civilization.  We got on clean and dry clothes and slept on something other than a gravel bar.  We sat in chairs that weren’t wet and flushed a toilet after going to the bathroom for the first time all week.

Before heading to the airport to start our marathon flight sequence from Aniak, Alaska to Charlotte, NC, the owner of the lodge told me that we had floated about 130 miles during our week on the river.  He got a call from another guide service that was considering taking a group down the river system we just completed.  He asked my opinion of the trip, since we were the first group to go down the river this season.  After hearing our stories, he decided not to take his group on that trip. I took that as a complement.

Scouting in the past, has always included high adventure as part of its reason for existence. Alas, too many current scout leaders have not prioritized high adventure, and there are only a few of us who lead by example and take boys out into the real unknown for growth experiences.  For sure, there would have been consequences had we dropped a raft and torn a hole in the side of it during the portages.  I might still be up there, patching the raft with duct tape and stopping to pump it up with air every hour.

I think the boys in the past, will remember only the good of the trip.  They will not see any of the dangers, nor should they.  In the not-too-distant future, these boys will be men.  Some of these men will take boys down rivers like the Salmon and the Aniak, and they will their passage from boy to man.

To be a part of this circle of life, I am grateful.

Next summer?  Yellowstone and the Tetons! 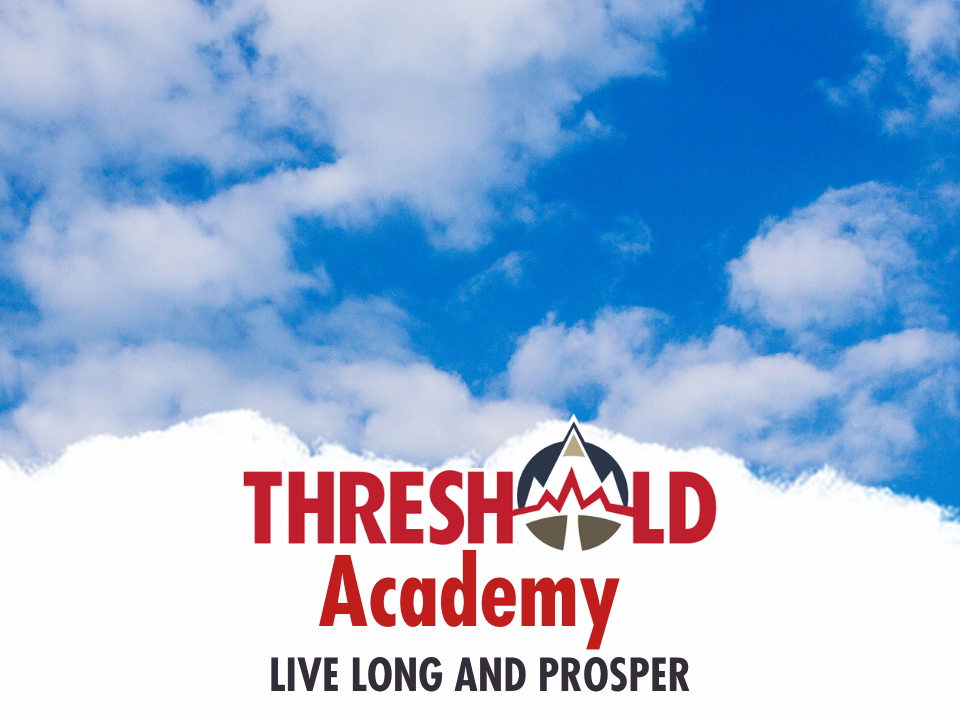 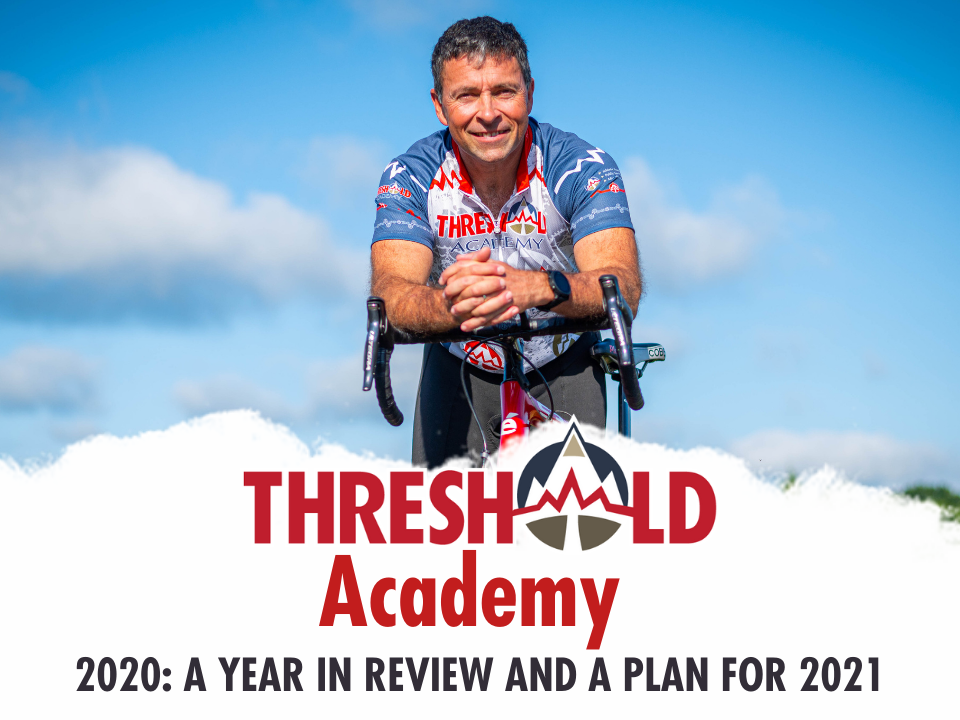