The Poema of Humanity-what are we meant to do? 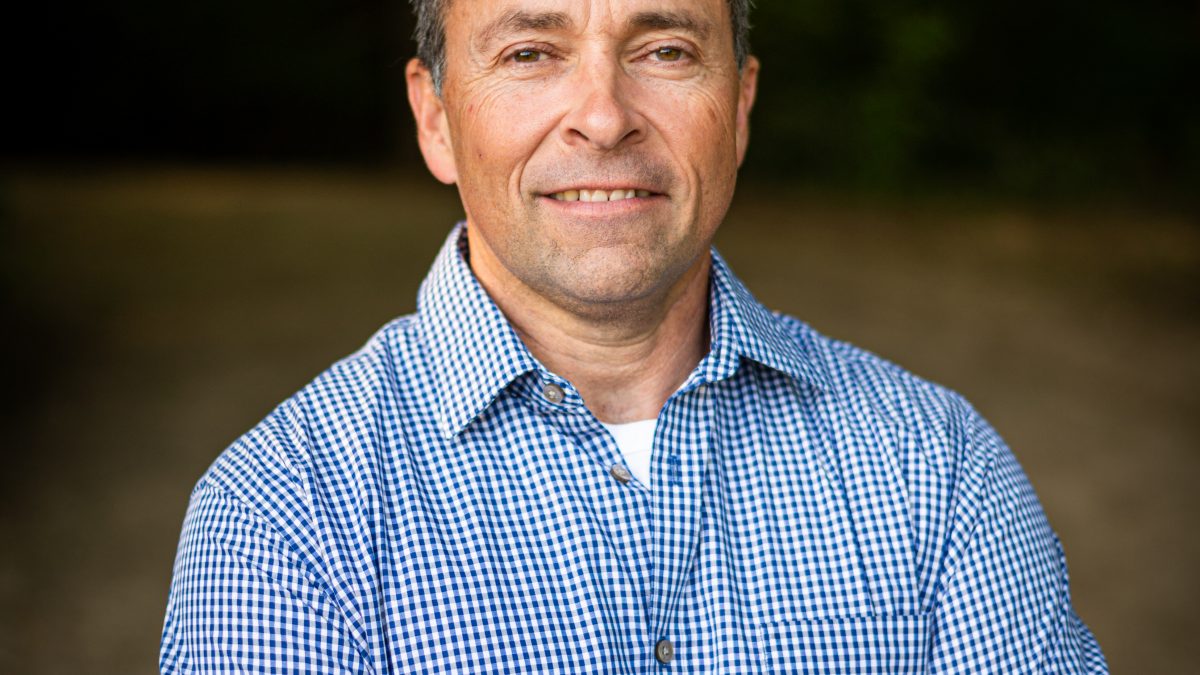 I have written and spoken on this topic before.  Since I have been discussing this lately, I thought it was time for a written revisitation.

The myths about human performance.

The English word “poem” has a Greek root in the word Poema (poíēma).  An inadequate word translation is “workmanship,” meaning what we are made to do.  The core assumption of poema is that joy, success, and longevity come when something or someone does what it is meant to do.  From the perspective of inanimate objects, a hammer is best at striking nails.  A saw is best at cutting wood. From the perspective of the living, a flock of geese flying south in a perfect V is Poema, as is a cheetah running at top speed catching its prey.

The opposite is also true. Using two of the examples above, a hammer stinks at cutting wood.  A goose stinks at running away from danger.  The saw and the goose create no words of poetry when we watch them do things that they are not good at nor meant to do.

However, we see poema when God’s creation takes actions that align with their design. When we observe geese flying south for the winter, we observe poema.  The males are not days ahead of the females, and the adolescents are not lapping the elderly as you might see in the non-poema human events of track and field or cross-fit.  Geese express poema as they fly south together as one unit, which they are designed to do.  Both male and female and young and old fly in the same group at the same speed and cover the exact distances.  Imagine if they didn’t or couldn’t fly together, and the young birds arrived in central Florida a week ahead of the adults who knew what to do upon arriving.  That species might be long gone!  Eating together, reproducing, and caring for each other, would all be problematic if the core of their design had them separated as they attempted to do what they are meant to do.  There are several other examples of poema, and they all share God’s unique design for all species.

Yet, even if you don’t think about this sociology or creation, you can still look up in the sky at a flock of geese flying south and say, “that is pretty cool,” without any prompting or education on mammalian flight patterns.  Therefore, the word “poema,” makes sense.

Myth 1: Humans are strong and meant to be strong.  We should focus on being strong.

Take a moment to follow this description of humans from an objective perspective.

Not the description of something poetic, is it?  What is our competition to earn poema when it comes to strength within God’s creation? I can give you two examples from different ends of the strength spectrum.  First, an ant carries 400 times its body weight, starting 30 minutes after birth.  Second, an elephant carries half its body weight (more than any human ever has carried), starting at six months, and maintains the ability to carry this much weight for 70 years (meaning, it can do that for over 95% of its life).  Conclusion?  Sorry, boys and girls.  Humans don’t check any boxes that demonstrate we are architecturally designed to be strong.  For many, making peace with this claim requires a change of lifestyle, or, in extreme cases, a choice to continue believing a lie that being strong is what we are meant to do.  I pray for you even as I type this.

For icing on the cake, consider that a double-digit number of main muscles in the human leg develop nearly all of our lower body strength.   An elephant’s trunk has 40,000 “main” muscles.

Myth 2: Humans are fast and have incredible jumping ability if they develop it. 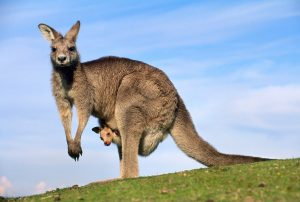 Humans do better in this category but still stink comparatively to other parts of God’s kingdom.  We stand upright and learn to run between 1 and 2 years old, but the faster amongst us cannot maintain any high speed.  Usain Bolt clocked in at 27 mph when he set records and won the Gold Medal at the Olympics.  His housecat runs 30 mph, and that is without training or coaching.  A warthog can weigh more than Bolt and run faster than Bolt for ten times the distance without a coach or professional training. Speed in the short distance is not our poema.
Similarly, Andrew luck wowed the football world with his nearly 10-foot jump at the scouting combine.  A Kangaroo jumps 30 feet about 40 times per minute as part of day-to-day travel.  Nope-we are not fast and can’t jump.  Our poema does not include jumping, either. Cross-fit is popular among young people looking for a great workout with a social component and some competition.  As such, people are drawn toward this exercise regimen in ever-increasing numbers.  However, a paper published on the National Institutes of Health website studied a group of cross-fitters and compared their injury frequency over two years to bodybuilders who focused on single-motion activities. Each participant in the study was taught good form for each exercise.  What happened? The cross-fitters were 1.3 times more likely to get injured and 1.86 times more likely to seek and need medical attention due to doing cross-fit.

Imagine if geese kept dropping out of the sky as they flew south for the winter.  Imagine if that act of flying south meant up to 10% of them would suffer an injury during a season of flying south.  We would have no more geese!

There are more examples of how far away from poema we have fallen from God’s design for us.  This claim begs the question, “what is our poema?”

In the bible, the first story about fitness is the tale of David vs. Goliath.  A young boy uses a sling to launch a stone to kill the giant Goliath in the story.  The distance was unknown, but it was speculated to be between 20 and 50 feet.  That equates to several body lengths for David.  It is often presented to people in that faith as a great act of God.  Alas, the truth is that this accuracy is relatively widespread.  For example, each time a hockey player hits a puck into the upper 90 of a goal or a golfer hits a hole in one, we display the same brain/body connection that David displayed in that battle some 7000 years ago.  The same goes for baseball players when they hit a home run or a quarterback when he throws a 60-yard pass that hits his receiver in stride.

For the “other” parts that define poema, we find ample evidence to support the projectile management postulate.  Remember, if it is poema, outcomes are nearly the same regardless of age or sex. For example, the men’s and women’s free throw percentages in professional basketball are nearly identical to the decimal point.  An eight-year-old can successfully play darts alongside an 80-year-old person in a wheelchair, demonstrating that this skill is a lifetime, unlike the strength and speed shortcomings described above.

Truth 2: humans are endurance beings, measured from all perspectives.

The most significant resistance to endurance athletics comes from our innate desire to avoid suffering.  Josh MacDougall makes a case in his book that man was born to run, but his claim is often lost when people attempt to answer the question, “How far do we need to run?” without appropriate background.

Ed Withers completed the Boston Marathon with a time of 2:54 some years ago.  If we take his time the year he did it (2012), he would have finished 84th at the London Olympics in a field of 150.  By the way, Ed was 74 years old when he got that result.  The media dismissed repeated accomplishments as “one-off” events, like Chris Horner winning the three-week Vuelta Espana cycling racing in his mid-40s.  I ran a 2:59 marathon when I was 50 years old, and no one cared-this achievement is commonplace even though few of God’s creation can do this.

What is the science behind this? Once humans rely on aerobic metabolism for energy, we quickly become unmatched against anything else with feet.  Although humans are still beaten both by horses and hyenas at the marathon’s distance, humans win by hours over all other parts of God’s creation at the double marathon.

What is the magic sauce?  Humans have sweat glands that work at all ages and in both sexes.  Once a horse or hyena warms up, they must stop exercising if they intend to cool down, as the only efficient pathway for heat to travel from their body to the outside world to dissipate through their breathing.  Humans can sweat away thousands of Calories of heat and never slow down.  No other part of the animal kingdom can do that as effectively as we can.  There are also multiple references to running as a command from God as part of both Old and New Testaments, meaning you need not only listen to the teachings of science to see that this was our intention.

Yet, I still speak to people who demonstrate that they think God didn’t mean what he said in Isaiah 40.  They think it says, “but those who hope in the LORD will renew their strength. They will soar on wings like eagles; they will do sets of 30 on and 30 off and not grow weary, they will do powers ups and not be faint.

What should you do?

Before answering that for yourself, start with the perspective of a tree.  Should a tree start to look at mobility and transportation as its way of expressing its unique architecture?  Or should turtles look at learning how to sprint? Indeed, they could learn those skills, but they aren’t designed for it.  There is no poema when they try, just like there is no poema when we attempt cross-fit.  Instead, we observe the opposite outcomes of what happens when a flock of geese flies south for the winter. Men ahead of women, young ahead of old.   Instead, ask, “what activities can you do for your entire life without a significant drop-off in performance?” That is your hint that you are seeking poema. 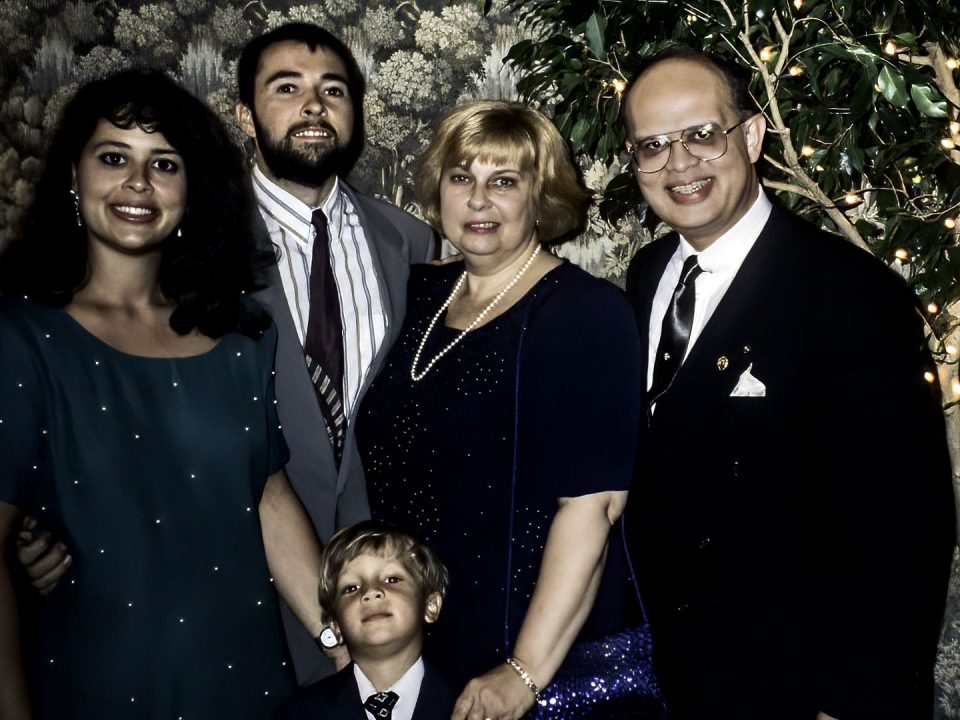 My father and mother in law, wife and our youngest son.

Our Log Home, under construction in 2004. The guy in the T-Shirt was our superintendent. He was at our home last month, having a chat.