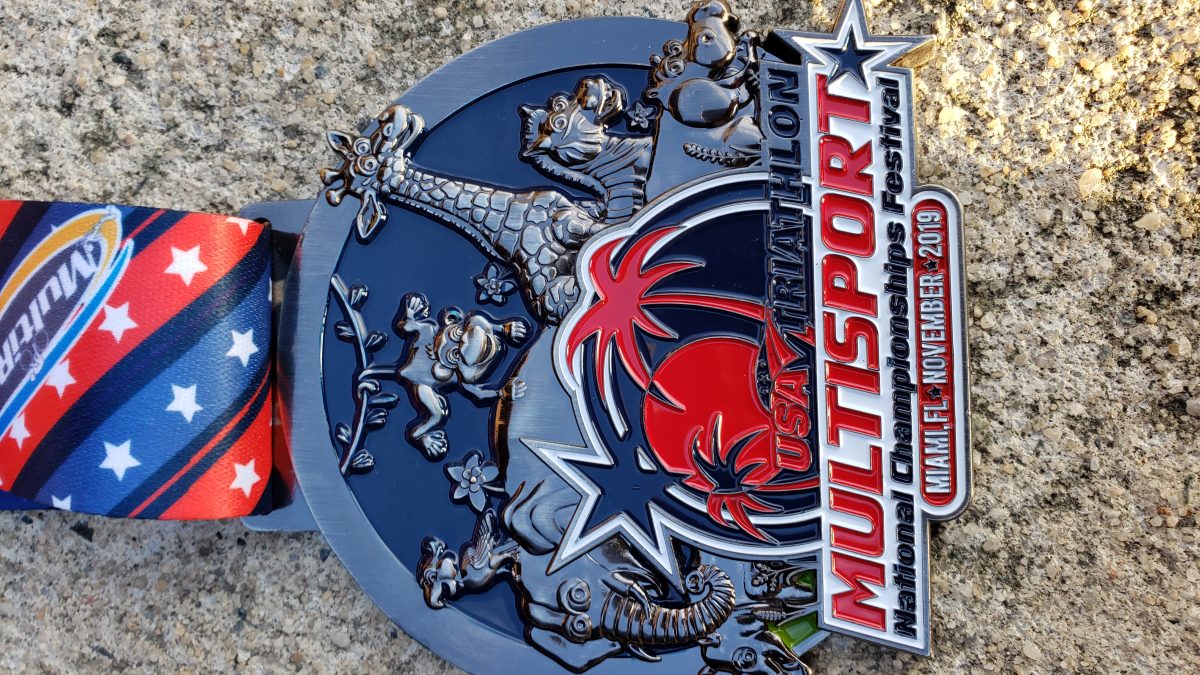 This is a race report for four Threshold Academy athletes that competed in Miami this weekend at the USA Triathlon Multisport National Championships. Each athlete can create their own story. This one is from my perspective as a coach for 3 of the people and as a participant for myself.

Thank God for the amenities of the 21st century to make event management so simple. We rented a house near the race venue and bought our groceries at a store that was within walking distance. That saved each of us hundreds of dollars in lodging and meal fees. We piled everything in my wife’s pickup and drove down there together. All the time spent in close quarters helped us get to know each other, but we also got punchy and found ourselves laughing at the stupidest of things.  We took nearly all back roads out of NC, making the ride nearly traffic free all the way until we reached South Florida. We had a car full of food and snacks, and we took turns buying gas. Low budget, high fun, super successful before we started racing!

Here is my take of the three athletes who joined. 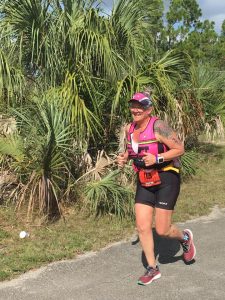 Carolyn near the finish line at Miamiman 2019

Carolyn’s event was the Long Course Triathlon. It was intended to be a 1.2-mile swim, a 56-mile bike and a 13.1-mile run. She did every single inch of the distance, if not a bit more. She crossed the finish line to some loud and cheering crowds after nearly 8 hours of work to get there, and she was in tears during those last few steps.

Her goals were very simple: train and prepare for the race, then finish it! She had tougher circumstances than anyone else in our group in the build up to the event, due to issues that she could neither control nor ignore. When most folks were going through build and peak cycles in their athletic preparation, she was taking care of others who lacked the ability to take care of themselves. She did nearly every organized workout that I put together in Oakboro and our Threshold Academy Club event every Wednesday night, but she couldn’t do what normal people do for mileage and time/duration training. Yet, it is better to be undertrained than over trained, and she was undertrained!

Adversity is nearly always mental, and she is our proof. She fought strong headwinds that made her think about quitting, and she got kicked while swimming in the group more than once. She cramped on the run and fought the afternoon Miami sun more than the rest of us, as she was out longer.  Carolyn is a middle school science teacher.  Her students knew about her event and for them, she knew she could not quit.
That said, she remained hydrated and ate appropriately during the event, and she had the right mindset. She finished! She didn’t finish last, either in the women’s category or her age category. That was a real bonus considering how incomplete her training was. Of all the athletes whom I worked with, for sure, I am the proudest of her efforts, and she overcame more adversity than the rest of us. 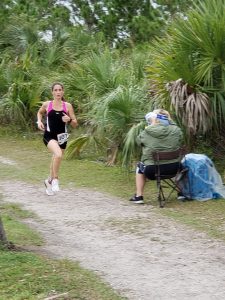 Madeline on the last few hundred meters of the aquathlon national championship.

Madeline is a married mom with two young girls. She has a history of marathon running, and she has even completed a half ironman in the distant past. This weekend, she competed in the Aquathlon National Championship.  The event is a 1000 meter swim followed by a 5 k run.  She came in 10th, earning a spot on TeamUSA in 2020. She earned the right and the privilege to race in the Netherlands next Labor Day. Her daughters have no idea the athlete their mom is and what she just did, and I relish the day when I get to hear them talk about their mom, the “super athlete.”
She and I met while running on one of the roads near our house. It was about as mild of a connection as one could have. We exchanged some info and discovered that we are both bloggers. She would read my works, and I would read hers. She knew kind of/sort of what I was doing and training for, and I invited her to join us for our Wednesday night club workouts. These workouts are free to all, and I send out updates of our meeting times and places. Click the link and get on the list, if you are local. Madeline didn’t do our 90-minute bike ride, but she would always do the brick run, after we got back. I quickly saw that she was WAY fast, and it was a great workout for me to run 2 fast miles with her after a hard bike ride. We both got better during the Wednesday night trainings. When asked how she intended to celebrate, she paused and spoke right from the heart.
“I don’t know. Normally, I would go home and do laundry, as that is typically what I let go when I am training and racing.” We laughed so hard when she told that story that we thought we were going to cry!  Madeline will be doing a fundraiser to help with the cost of training for and attending a World Championship.  I can’t wait to get a photo of her in uniform with her daughters looking at her. 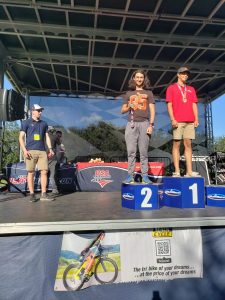 Alex is my son, and I have documented the joy I find in him more than once. After he went off to college, he trained alone and spoke with his former coach back in NC, as needed. He joined a cycling club in the Tempe area, and he got up early to do his long runs before the summer Arizona sun would make that impossible.
He flew in late on Friday night, and he had one day to acclimate to the Miami humidity. He competed in the long distance triathlon (a 1.2-mile swim, a 56-mile bike and a 13.1-mile run).  He raced early on Sunday, and did his nutrition just about perfectly. He came in 2nd place, earning himself his first silver medal at a National Championship Event. He made everyone proud.

My own story requires a dedicated post. For the short version, I almost didn’t race, as I was concerned my lack of platelets from the Dengue Fever that I was still carrying would jeopardize my health. More than one person suggested that I not race.  I was no where near 100%, let alone fully trained.
But I did, and I reset my goals.  I competed in the long distance Duathlon – a 3 mile run, a 56 mile bike ride and a 13.1 run.   My goal was to finish….just like Carolyn. My adversity had to do with a lack of practice and my illness (Dengue fever).  My butt was not used to 2 to 3 hours in that small saddle, and my time on the ride was uncomfortable. The run seemed easier than last year, even though my pace/time was nearly identical. I crossed the finish line and didn’t even take the time to check the results board, as I had no expectation of a strong result. My goal was met, and it was time for a massage, hydration and some legs up recovery.
An hour later, I went to the scoring tent. The screen displayed that I had earned a medal for 4th place. Later, it was upgraded to 3rd place. This is my first EVER medal at a National Championship, and I was in shock and disbelief more than anything else.

For sure, it made me wonder how I could have improved my lot from 6th last year to 3rd this year, considering how much weaker I was this year than last. Part of the outcome was a lack of some of my better competition. Another part of my outcome was my reduced weight that came from having Dengue fever. Lastly, the weather was cooler this year than last.

What a great first year as a coach and trainer!  Threshold Academy is sending 3 people to the World Championships in 2020. Two athletes got on the podium and National Championships, and for now, the season is over. I will be posting soon on how to handle the off season as well as posting some video podcasts with the rock stars of our industry.
Stay tuned to be inspired. 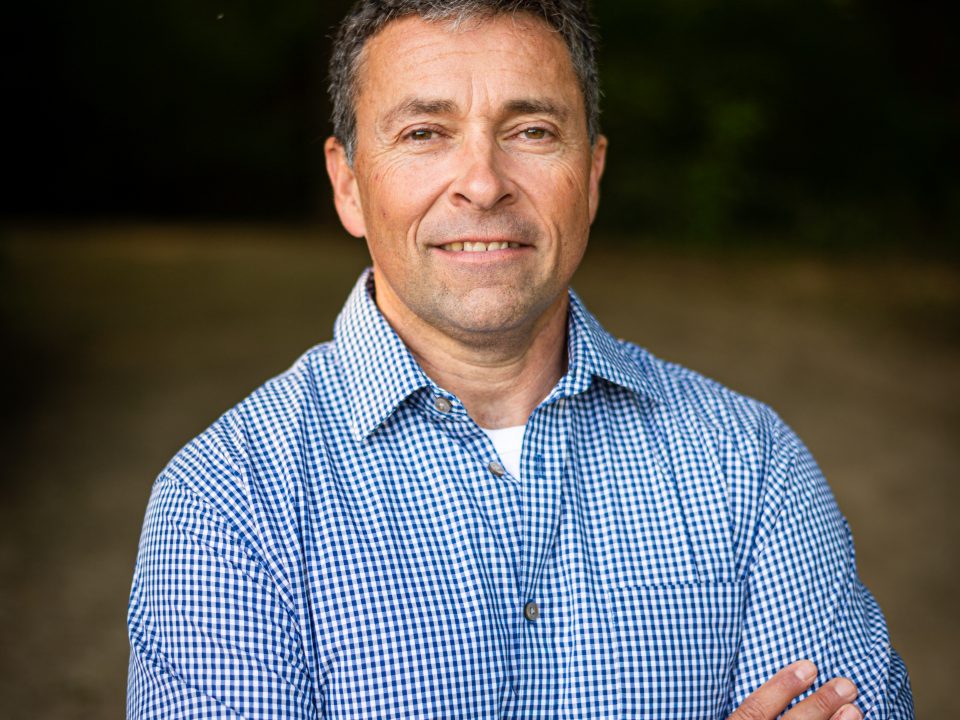 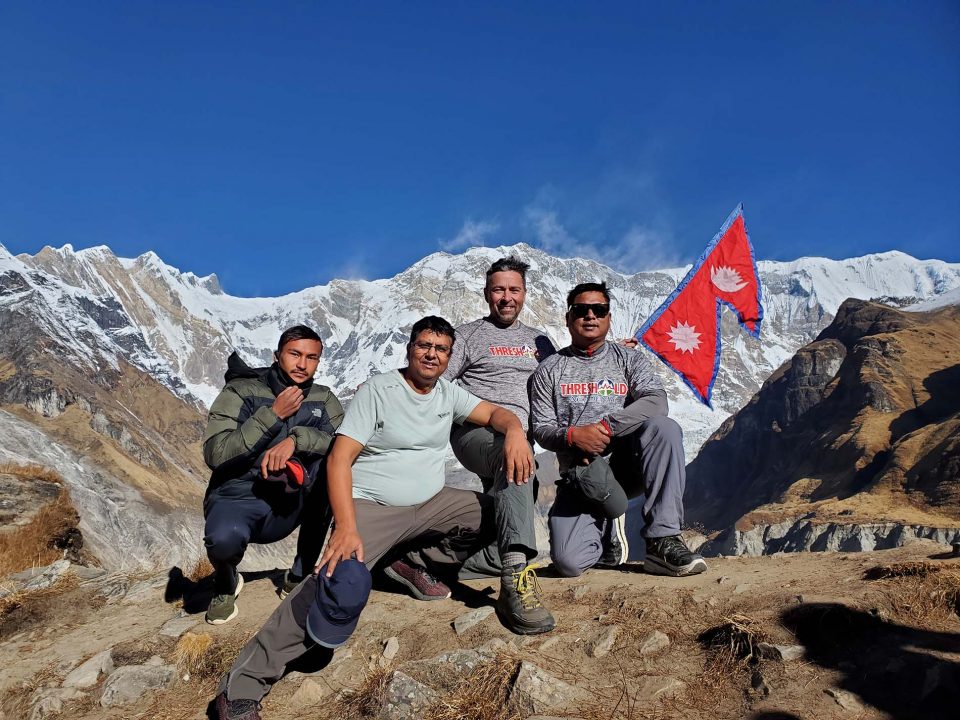