Eulogy for a WWII Vet

Love them while you can. 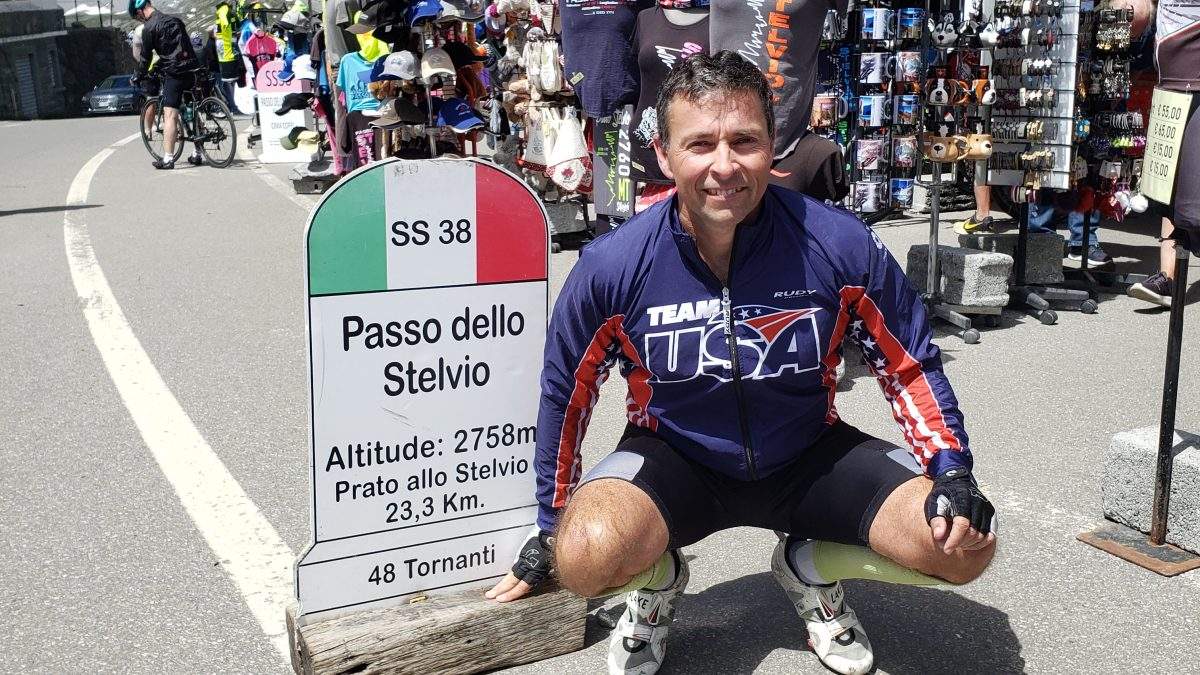 Jeff Gaura on the top of the Stelvio.

I spent last week in Northern Italy, Stelvio, with a group of long-time friends.  We met each other at church nearly 12 years ago.  Although we no longer attend the same church, we still gather and do life together.  Italy was our latest iteration of doing life together.

Going to Italy was not epic enough for me.  In addition to seeing some of the man-made sites that define Western Civilization, I decided to add driving to the Alps and cycling up Passo dello Stelvio in Northern Italy.  The drive to the town of Bormio took us through deep valleys filled with vineyards and through tunnels that took us under massive mountains.  When we reached Bormio, I got out of the car, changed clothes and took the rental bike from the trunk.  After a quick swig of water and a wave goodbye, I started the ride.  A folks who remained in the car took on the role of my “Jefferazi” carrying extra clothing, nutrition and hydration.  They sometimes rode ahead of me, stopping to take in the views and get some photos.  Sometimes, they rode behind me, catching up now and then to make sure I was OK.

Passo dello Stelvio is famous.  As the 2nd highest mountain pass in the Alps it is the subject of history and lore.  The road over Stelvio was build 200 years ago as a horse and cart trail for merchants and officials travelling to central Europe.  Stelvio has served as a commerce and transportation pathway for centuries before tunnels and train systems were commonplace.  Battles have been fought on the summit as recently as WW I, and Top Gear chose the ride from Bormio to the alpine pass to be the “greatest driving road in the world.”  The pictures we took don’t do the trip to the summit and back justice.  Today, it sits in Italy, but it is near the border or Switzerland and Austria.  All three countries are visible from the summit.

The “event” was physically demanding.  Most people can’t walk up it, let alone ride a bike up it.  The route up to the pass requires ~13 miles of uphill from the town of Bormio and has 48 numbers switchbacks from base to summit.  From the base in Bormio to the summit climb is an elevation gain of about 6000 feet.  It took me nearly 2 hours of effort to reach the summit, and according to my electronics, my heart rate averaged 141.  I passed a lot of young, fit men and women and got to test my meddle to put up with the pain of a steady climb with ever decreasing oxygen.  At the 1-hour point, I had gone through 2 liters of water and was hungry as my glycogen supplies were out.  I stopped for 90 seconds to eat a pre-made sandwich I had left in the back of the Jefferazi mobile, and that lifted me energy levels back to usable.  The temperature dropped as I ascended, and I needed to put on a jacket when I was about halfway done.  The views changed a lot from base to summit; I started the ride in a temperate forest and when I was 1 km from the summit, I rode through snow fields in a tundra.

That ride was also socially engaging, like it is when I run an Ultra Marathon or compete in Duathlon.  It seemed like I passed someone every couple of minutes.  I met a man from the Czech Republic training for his first half Ironman, and a pair of riders for the Cofidis Cycling Team who I rode with for about 10 minutes before they put on the jets and raced ahead of me.  They were on the equivalent of the JV team but were still getting a paycheck to stay in shape for upcoming events when they may be called on the represent the team.  I asked them what their power and heart rate numbers were and compared them to mine.  Our power numbers were close, and the heart rates were also close, but they could raise their heart rate over 190 and keep them there, when they needed to.  I can’t break 175 for more than a few seconds!  I even passed one guy trying to reach the summit on roller skis, and there were a couple of folks running it, as the total distance is about the same as a marathon, round trip.

The summit itself was full of folks, as the mountain pass doubles as a tourist destination.  Motorcyclists and car owners were stopped at knick knack stores, and a few little restaurants catered to everyone.  Despite the heat wave of summer in Europe, the preferred drink on the summit was coffee.  Perhaps 10 percent of those on the summit had ridden up on bikes, and everyone could see who we were by the numbness on our face from the effort needed to get to the top.  I was elated and euphoric from my hardcore effort to get to the top.

I thought the day was complete once I got off my bike in Stelvio.  Yet, it wasn’t until I overheard a woman next to me speaking to her friend that I realized God might be talking to me.  I happened to hear only a small piece of her conversation, as I was focused on searching for the Jefferazi.  She said, “Why would you ride a bicycle to the top when you can use a car or motorcycle?”

She made a false but common-place conclusion that suffering is something to be avoided when possible, or suffering is equal to a punishment.

She isn’t the first person to miss the mark.  In the book of Job, Job’s friends tell him that he was suffering from a series of calamities based on sins that he had done in the past.  They perceived that suffering was an avoidable event and could be circumvented by making good choices.  Indeed, anyone who suffers is experiencing a consequence from a previous choice.  Job’s friends argued that suffering was and is a consequence of sin.  In eastern religions, this is called Karma.

Job disagreed with his friends that God punishes our previous choices.  Good people have bad things happen to them and bad people sometimes appear to get all the blessings.  God doesn’t work with punishment as one of his sidearms.

I never have agreed with that conclusion, nor did Job.  When I heard her speak, I wanted to blurt out, “Suffering is not punishment.  I rode up here on a bike, and I did nothing wrong nor was it a poor choice.”  I might have added a few expletives, had I opened my mouth.

What I really wanted to say was, “Suffering is a big part of what makes me better.”

In the world of fitness, it takes a self-driven act of pushing beyond the point of comfort and staying “in the uncomfortable” before the body responds by becoming stronger.  For those who lift weights, it is the last few reps that cause muscles to regrow stronger and larger.  For runners, it is the extra miles and the speed work that makes you better.  Physiologically, the body develops more strength and fitness when it figures out that it needs more.  Efforts that fatigue muscles and joints teach the body to develop more muscle and fitness and increase the powerhouses inside each cell.  I used lifting and running to make the point. Every sport has an analogy that reflects this sentiment.

Physiologically, we require these efforts above our comfort threshold and above our physical thresholds to get better.  Hence, the name of my company, Threshold Academy.  I teach my athletes how to get comfortable going at and above their thresholds.

When I approached the summit of Stelvio, I was proud that I had passed a lot of people on the way up, but I got a great dose of humble pie when I was less than 1K from the summit.  The last km is one of the steeper sections, and I was fatigued as I neared the top.  I was cold, hungry and out of energy.  With only a couple of turns to go, I got passed by a 12-year-old boy who listened to French rap music on a speakerphone in his pocket.  His parents followed him in a convertible, filming and cheering for their son.  He showed no signs of fatigue.  As I was riding into the summit area, I saw that the boy was already off his bike and had ran to the edge of the precipice where the border to Austria/Switzerland used to exit.  He was throwing stones over the side and had already long since forgotten the suffering of the bike ride.

He was acting like the kid that he was.  Most cyclists would be geeking out over their times and numbers and how the ride went for them.  This kid?  Throwing rocks. Made me ask which one of us knows how to behave after a long hard effort.

His behavior reminded me of a claim my European and Asian friends share me about Americans.  They say that Americans play too much when they work and work too much when the they play.  I was huffing for air while on a vacation with friends.  Guilty as charged.

It did my heart good to do that climb in Stelvio, but it also did my soul good to see that kid being a kid.  In that moment, I decided to go and throw a rock, myself.

I watched his parents get out of the car and approach him.  He pointed to the food courts to get something to eat and they walked towards them as a family.  They had no conversations about the 40+ hairpin turns it took to get from the bottom to the top on the walk to the restaurant.  They were just a family, and he was just a kid.  Both parents put their arms around their boy and they went to get something to eat.  I never saw them again.

It wasn’t until a few days after the ride in Stelvio, when the experiences had a chance to soak in, did I realize the message.  It was an insight into not just how I am made but into how we all are made.

The woman reminded me that we were meant to suffer.  The struggle of living in an advanced technology civilization bombards us with choices that allow us to avoid suffering in the name of comfort and ease.  It is our undoing.   What we need are opportunities to tackle suffering head on and push through it.  We are in awe of those who push through and get better.  Alas, our technology and desire for comfort mislead us to circumvent the suffering process.  When we “skip” the suffering step, we miss the lesson.  We miss the chance to get better.

The boy taught me that once the suffering was over, we were meant to celebrate and just be kids again.   Celebrating success happens, but not without the sufferfest that is required at the beginning.

My prayer of gratitude the evening was for placing both the woman and the boy in my life that day, in that place.  I was setup to learn.

Stelvio was the high point of the trip for a couple of us.  The scenery and view of creation were spectacular.  I even got a T-shirt out of the deal.  However, it was the combination of a woman who commented on the marketing message of the modern world of taking the easy path followed by a courageous kid being just a kid that became the highpoint of my trip.

I don’t think our group has had their last iteration of discovering God.  This time, He used cycling in Northern Italy.  Tomorrow, who knows what He will use. 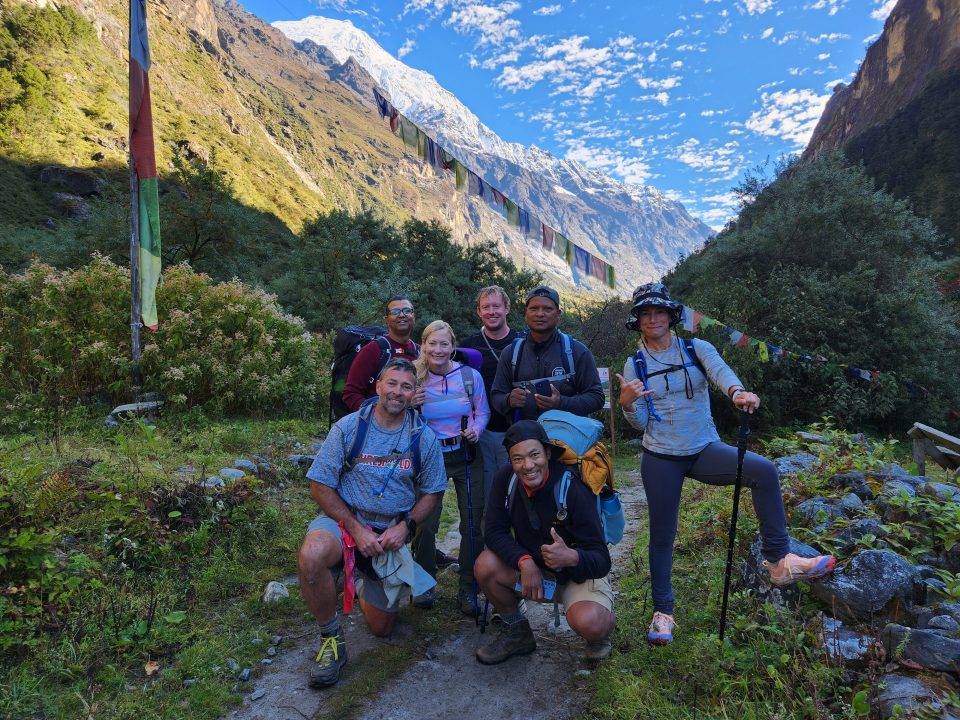 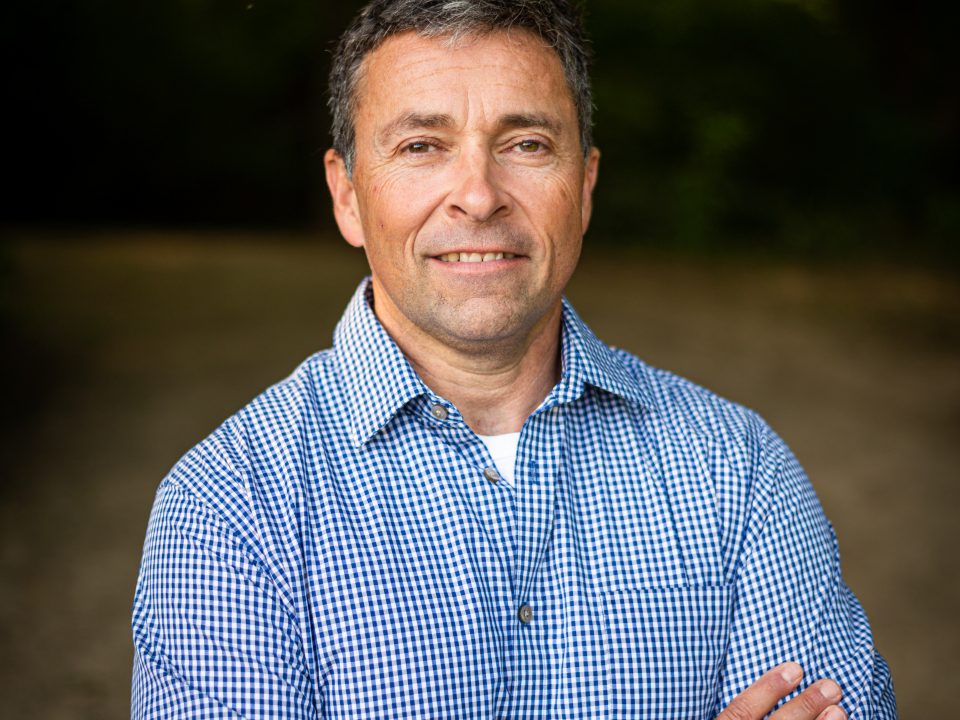