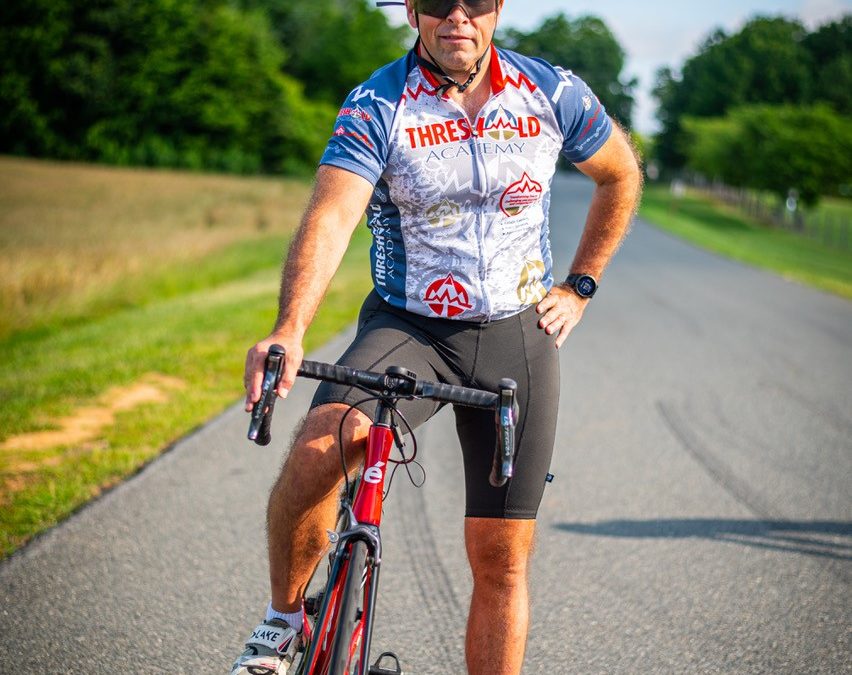 After an unanticipated four days in the trauma ward, I got to know the exact layout of all the ceiling tiles in my room.   Living in a hospital bed slowed the pace that I was living to a crawl, and the” big deals” each day were my X-rays and the visits from the respiratory therapist.  Without any visitors and a lack of sporting events or bike races on TV, I thought about life, well, a lot.

Starting Threshold Academy was somewhat easy, and I found folks who needed coaching and were open to adventures.  However, the fear of the virus has made people hesitate to commit to nearly anything, including creating some hope for their own future. Yet, there I lay, lots of broken bones and unable to get out of bed without assistance.  I needed that same hope that I preached to them.

My phone survived the 30-foot fall, unscathed, and fortune had it that my calendar for the year remained viewable.  As of April 2020, I still had 5 trips on the calendar, 3 of them outside the USA.  Between March and April, I embraced a fear of COVID and the future that crashed all my adventure plans.  However, all those hours on my back convinced me to take back my future that I had so poorly chosen to give to my fear, care of messaging from the government and media.

Step 0 was to get back on my bike and not allow this event to ruin what I love.  Step 1 was the ride the Blue Ridge Parkway with my family.  I have already published on that, and you can find that story, here.  Step 3 was to return to competition , and I put two events on the calendar when I could test my mettle.  I was wise enough to know that I had to set reasonable expectations that didn’t include acquiring a title like “winner” and “national champion.”

This last weekend was one of those tests, a Gran Fondo bike race in Asheville, NC.  As the event start got closer on the calendar, I didn’t know if the organizers had the courage or the governmental approval to continue with the event.  Certainly, many of their peers had cancelled their events, with the fear of perceived liability greater than the revenue and good will opportunity.  The organizers of this event changed the rules and conditions, but they allowed the event to continue.  It was a solo Fondo, meaning instead of a mass-start and mass race, riders used GPS enabled computing and started and finished at whatever time they wanted, over the course of a weekend.  The competition rules only used the total time during three uphill segments.  He who had the fastest time on those three hill sections would be deemed the winner, no matter what time they crossed the finish line.

Alex and I hit the road at 8 am or so on Sunday morning, and we pedaled easy until we got the start of the first timed section.  I gave him some instruction to hold his threshold power for about 11 minutes, or until we were finished. We followed the plan, and we did pretty well.  We backed off on our efforts and took our sweet time pedaling to the next timed section.  Alex started early on the next section and went long after we had finished, but our times for that section were still pretty good.  He put more effort into it that he needed to, and that showed up on the next section.

The last climb was the biggest one, Elk Mountain.  I had saved my energy and made sure my sugar and hydration levels were perfect, as the last climb would be a 30+ minutes of at or above threshold level efforts.  That means that near the top, it really hurts.  When the start of the timed section arrived, I focused my attention on my computer and pedaled with what science told me should be the right effort level to get the best result.  I did not let my eyes get deceived by the pitch of the road or the number of hairpins turns on the way up.  As I hit the halfway point, I could no longer see Alex (or anyone else for that matter), as I had gone far ahead of them.  Most people start strong on longer sections, but their failure to pace causes them to slow down as the time section progresses.  Once I hit the halfway point, I felt that I had the energy reserves to add another 10% effort.  This was the last effort of the day of any significance, and there was no reason to save any energy.  I upped my efforts to 300 watts and told my legs to shut up.  As I hit some of the steeper sections near the top, I was able to hit 700+ watts on a couple of occasions, telling myself there is only a few minutes left of hard effort in the entire event.

When I crossed the pavement markings indicating the end of that last timed segment, I found a shady place to pull over and wait for Alex.  While I stood in my own sweat and fatigue, I recalled those days in the hospital when I didn’t know if I would ever ride a bike again.  Yet, there I stood, next to the bike that I “flew” off the side of that bridge with some four months earlier, thinking I might just earned a virtual podium finish.

I shook my head while I waited, embracing the gift of 2nd chances.  My friend Kellie had a horrific bike wreck, and he still can’t walk normally, nor can he go for even a few moments without pain.  I don’t know what words describes the sense of humility and pride I felt while waiting on Alex.  I was aware that I had overcome mediocrity and all the complacency in the world with its “wait and see” approach to COVID. 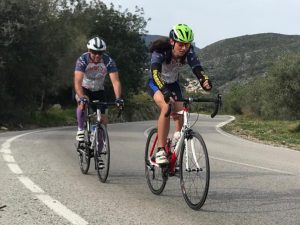 Getting this second chance required discipline.  I had to do schedule and execute workouts that I consider difficult.  Those first weeks riding my bike hurt, especially when I would try to stand and pedal.  My A/C joint on my right shoulder was still not OK, but it was stronger.  Sure, I had been given a 2nd chance, but I worked for it.

After a whopping four minutes, Alex crested the top of the climb and we began the long descent into Asheville together.  We were so tired that we got lost exiting a section of the Blue Ridge Parkway-I didn’t even know that was possible.  We met up with the girls for lunch before getting back in the car and driving home.  I slept for half of it and listened to music for the other half.  My legs were getting stiff, but tomorrow was a well-deserved day off.

The next day, my results were missing from the event’s webpage, so I sent them a message.  They found my time (it had been labelled as Threshold Academy, not Jeffrey Gaura) and was not recorded.  When they updated their info, it showed that I can come in 2nd place, overall, losing only to a 22-year-old.  I won my age category by more than 4 minutes (that is a lot in the cycling world), and my computer reported that I set multiple P/R during my efforts on that last climb.

Even as I record those events in this blog, I still stare out the window, thinking back to the mindset that I needed when I was in the trauma ward.

When others around you have allowed their hopes and plans to be taken from them, there is a choice.  You can allow yours’ to be taken also or you can resist and make new plans to accommodate your circumstance.  I knew that I could still train and race, albeit in a different manner, than the pre-COVID existence.  I need not sit on the sideline while the world goes on.  I have many peers who have a ridiculous view that they can keep death at arm’s distance, until the end, and then they can elect to go gracefully into “whatever is next.”  People with a lifetime history of athletic endeavors now overtly avoid activities that might cause them to get COVID and be one of those who die or have side effects.  I appreciate and practice social distancing when I am around others who are sensitive to this, but it certainly isn’t going to alter my dreams.  What ever happened to the phrase, “it is not how long you live but how you live?” I have decided to get back to that way of thinking and take back my future.

Peter Drucker said that the best way to predict the future is to create it.  He didn’t need a global pandemic nor a bike race to discover and share that.  Wise man. 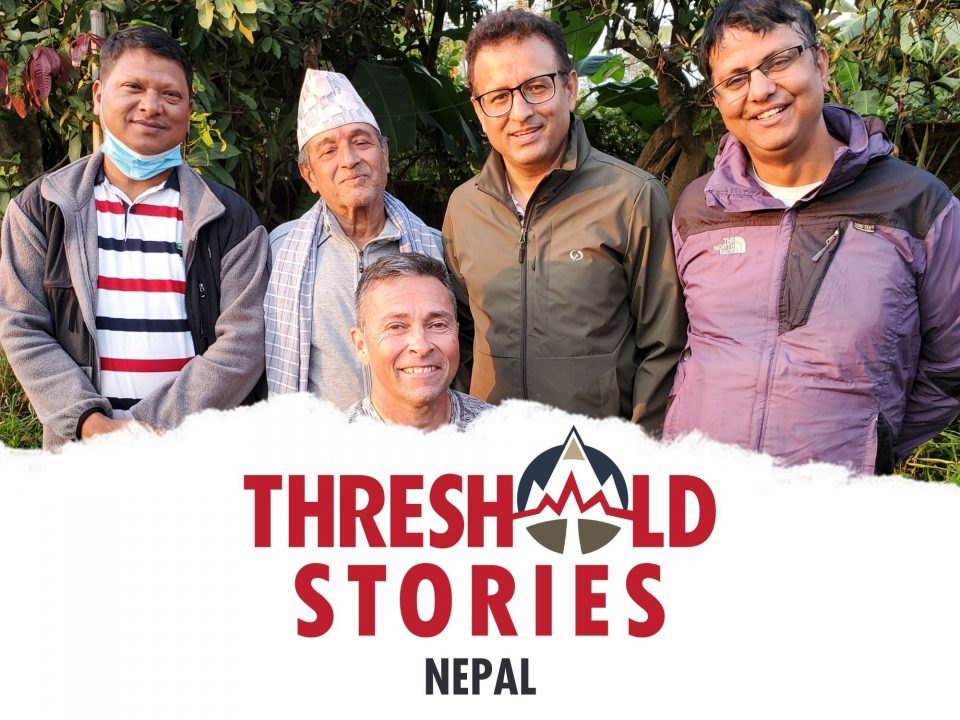 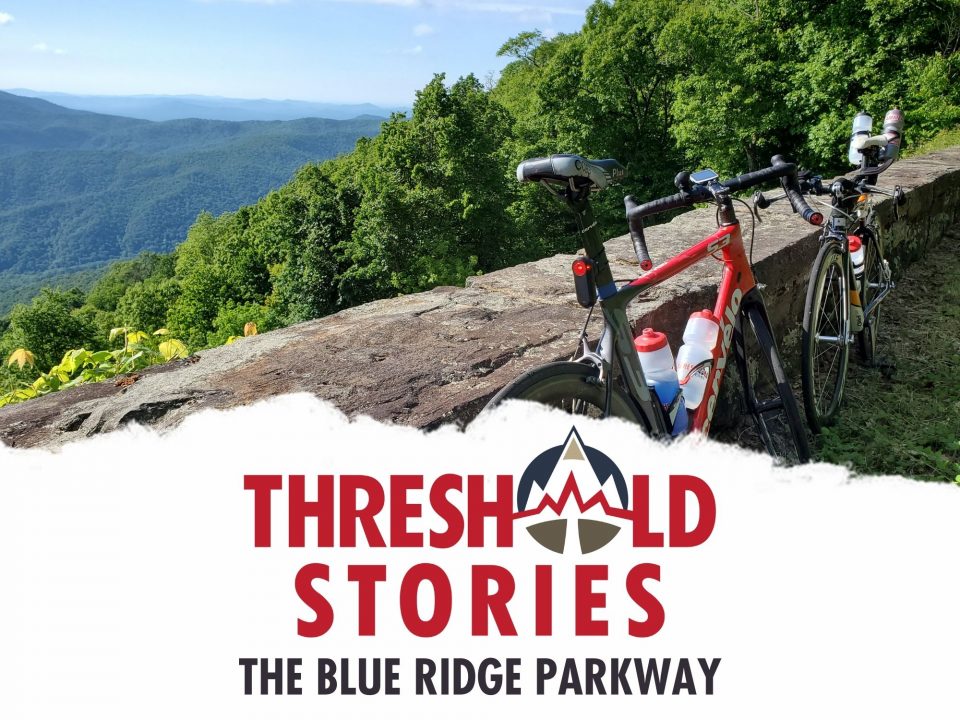